Posted on May 27, 2017 by nigel hetherington| Leave a comment

OCD or Obsessive Compulsive Disorder is really not what most people without it imagine it is. OCD Hypnotherapy Newcastle understands you are an individual. Yes, many non-sufferers understand OCD commonly presents as Counting, Cleaning or Checking but have very little understanding of its reality.

The vast majority of people I have used hypnosis to help with their OCD are high functioning individuals who keep their OCD hidden from others. Family and one or two very close friends usually know but adult sufferers are generally exceptional ‘actors’ to keep their OCD a secret. 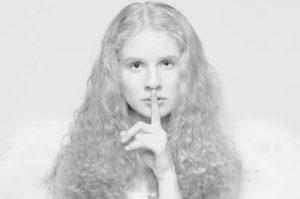 We all count and check. It’s part of perfectly normal human behaviour. ‘Did I really lock the front door? Is the gas turned off?’ Not having OCD its hard to imagine having to check the lock exactly eleven times and in a very certain and specific routine. If the routine is interpreted or done incorrectly it must be done again from scratch or something bad will happen.

It is impossible for someone without OCD to really know how it feels. Having spoken to enough sufferers a metaphor might be something like this:

Imagine wanting, needing the bathroom to the point of desperation but you can’t go. Say you are stuck in a lift. Desperately wanting to pee. Imagine this lasting for hours and hours. Its excruciating and you really can’t go.

This is like the Obsession part of OCD. Desperately knowing you need to do something but you cant.

So after hours of distress, discomfort and worry you eventually get to go. Go through you own unique bathroom ritual and eventually, phew! what a relief. This is the ‘ritual’ Compulsion part. And for a while all is good. You can function perfectly well for a while but then you need the bathroom again and you can’t go.

Obsessions or thoughts and ruminations take the form of knowing something is not right and Compulsions are rituals, behaviours that relieve the feeling that something is wrong for a while at least.

One of the most important factors I have found in working with people with OCD using hypnotherapy is you want you and your OCD to be understood. This is a guiding principle at OCD hypnotherapy Newcastle .

It is thought that there are three main brain areas involved in OCD. Initially it was thought the Basal Ganglia was the main culprit. The Basal Ganglia is a deep brain structure in the telencephalon. Specifically a structure known as the Caudate Nucleus which is responsible for motor behaviours. In our case the ritualistic part of OCD.

Withing the limbic system and part of the neo-cortex is the Orbital Frontal Cortex. This part of the brain has functionality that lets us know something is not right, a way to draw attention or fixation. This is the obsession aspect of OCD. And finally the Anterior Cingulate Cortex which has lots to do with subjective negative emotions.

The main neuro-transmitter involved is thought to be seratonin or 5-HT. It is unknown if this is a relative excess or insufficiency that ’causes’ OCD.

This like all brain based explanations is very simplistic but provides a model for attempting to get a picture of what is happening. The book ‘Mapping the Mind’ gives a clear picture of this.

OCD affects approximately 2% of the population and there is a high likely hood of OCD running in families.

There is good evidence that OCD can be treated in a significant number of sufferers with professionally prescribed drugs. These are usually a specific variant of anti-depressive medications that work on the serotonin pathway.

They usually take time to work, weeks to months. This is suggestive that there is a relative excess of serotonin and the drugs work do desensitize serotonin receptors over time.

Also there is significant evidence that behavioural therapies like CBT can work as a stand-alone treatment or work along side drug treatment.

At OCD Hypnotherapy Newcastle I use a combination of hypnotherapy and NLP for OCD along with behavioural tasks to help you to change and manage your obsessions and compulsions.

Two of the very best sources of information and ways of working to effortfully make changes from the tyranny of OCD to a new freedom can be found in ‘Brain Lock’ and ‘The Boy Who Couldn’t Stop Washing’. These two gems are written by pioneers in the field of working and treating OCD.

If you would like to get in touch to find out how hypnotherapy may be able to help you please do get in contact. Also if you are reading this and are thinking about getting in contact on someone else’ behalf – please dont! It is the person with OCD that need to talk with me.