Posted on November 10, 2012 by nigel hetherington| Leave a comment

Newcastle hypnosis for depression with Nigel Hetherington offering you ways to stop the feelings of depression which can include emotions like guilt, loss and feeling somehow you deserve to feel this way as well as physical symptoms such as lack of energy and pain. Why consider hypnotherapy Newcastle? Because it is a drug free alternative to lifting depression using hypnosis. 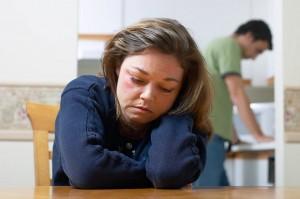 We are all used to hearing the word ‘depression’ in everyday conversation. The word is in very common use and is used to indicate the natural response to loss or probably even more commonly a blue mood. Reactive depression is the perfectly normal response to loss. Loss defined in this way could be a partner, self belief, possessions, health, a job or even freedom. With reactive depression people will usually make full and complete recoveries given enough time and support.

It is probably almost inconceivable for anyone who has not been or seen someone who is clinically depressed to really get what anhedonia really is but in fact all of the thousands of ways most people have the good emotional texture of life is missing; there is no pleasure to be had at all. And this is what makes clinical depression such a terrible and destructive dis-ease.

In addition to a heavy tax on pleasure there is one more down side. There is a great deal of negative and unpleasurable experiences, thoughts and emotions that adds more and more straws to an already overstressed back.

While a clinically depressed person may look and appear to be quite still and energy-less this can most often be quite far from the truth.  Often ( 50% ) a clinically depressed persons blood work will reveal high levels of glucocorticoids. Glucorcorticiods are endogenous steroid hormones released from the adrenal glands in response to AdrenoCorticoTropic Hormone  ( ACTH ) which is itself released from the pituitary gland in the brain.

The human stress response essentially has two parts. The first is a very rapid, seconds, release of adrenalin and noradrenalin from nerve endings to organs and muscles. The second is the release of hormones into the blood stream that mobilise energy and muscles to save life. This second stage begins around 15 seconds and takes minutes to fully activate. The slower, second stage glucocorticoid part can last for many minutes, hours or even days in the body.

Prolonged exposure to glucocorticoids turns off the immune system, tends to stop sexual reproduction and turns of the rest and repair bio-mechanisms in the body.  If this is not all bad enough, with clinical depression, sufferers tend to give up the ghost and think that no matter what they do they won’t get better and often take on the attitude that no matter what is tried it wont get any better.

If this paints a picture in shades of grey with all the missing vibrancy of life missing then it is pretty accurate but … it’s not all bad news. Research suggests ( Time to recovery, chronicity, and levels of psychopathology in major depression ) that many people make complete recoveries within six months to a year and some within 3 – 6 months when aided with professional help. This is a statistic and faster recovery is possible.