Posted on November 8, 2015 by nigel hetherington| Leave a comment

If you have ever been at your wits end facing what seemed like an insurmountable problem, an unendurable situation or absolutely fed up and ready to leave an occupation seemingly having spent all your reserves … you may well be at the cutting edge of a major break through.

This may well seem highly counter-intuitive but if this can have any validity and potential how can we learn to navigate through an ocean of troubles to reach some welcoming shore having learned something of real value in our own experience? 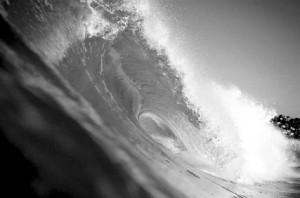 Neither opposing sides really wants to budge, to give way or surrender to outside forces. Diplomats may be working to secure peaceful solutions or solutions where the conflicts stops with deals and ideas to proliferate concessions.

In one of the excellent Books by Erickson and the Rossi’s, ( Hypnotic Realities ) one of the themes or ideas discussed is the Conscious and Unconscious aptitudes of an individuals behaviors relevant to a problem context.

They make the cast that conscious or cognitive biases can be a powerful agent in the inability or retardation of Unconscious or Autonomic aspects of the individual personality, memory and life experience can not easily become a resource to be utilised.

This really means that our pre-conceptions of what is possible, massively accentuated by our conscious mind ( beliefs etc ) can prevent new and natural solutions and ideas that are accessible in our repertoire of life experience coming to the front of our minds. Think of warring nations.

So hypnosis can be a vehicle to get the conscious mind distracted or depotentiated in a safe way, for a period of time thus encouraging and allowing our other than conscious resources to begin the process of affecting a solution to problems which can lead to a synthases of conscious unconscious creativity together.

In the Taoist, Zen and Buddhist traditions there is a recurrent theme of life as middle way, a being and a nowness. The idea is deep and founded in the early Eastern practices of spirituality. The concept is simple though not generally easy to affect in our modern way of life. The concept is transcending opposites ( usually in thoughts and words ) to open to experience.

This idea comes up again and again in self help books, therapeutic and coaching interventions yet it is the very cognitive biases ( we do it this way, that is not possible, I don’t believe that … ) we all have that can trip us up again and again, circumventing the necessary experience that can be a door to liberation.

The accent with all the generative approaches is the individual with individual work, guidance and effort can affect individual solutions. It is you that creates.

Going Beyond Our Cultural Conditioned Norms

Jiddu Krishnamurti is one of the writers I have learned a great deal from and someone who encourages a quite serious attitude of moving away from any authority as he categorically states it is the individual who gives authority to another.

So no one, really can offer solutions as an authority to someone else. Yes we can share ideas, but only the ideas, perhaps mutually explored, are of the substantive nature that can yield the fruits of generative change … psychological freedom.

Get me right here, what is being proposed as a vehicle to solutions and a certain freedom from the psychological problems is a deep, deep questioning of any assumptions or pre-conceptions of what is or is not possible. This attitude can be a fresh and nurturing harvest of exploration as a ticket to freedom.

In one of the most important explorations of cultural conditioning and freedom are the dialogs between Krishnamurti and David Bohm ( major contributor to Quantum Physics ) where the discussions explore serious psychological shock or disturbance and one pognient exchange re-evolves around neither inviting or rejecting problems of the psychological sort. Stay with this experience. This can lead to liberation!

In his ground breaking book IMAGINE, Johan Lehrer in the first chapter explores the conditions that made one of the most influential people in the music business ( it was not a business for him ) Bob Dylan.

Dylan during a massive tour of America, got very disillusioned with the whole music business. At the end of an exhausting tour decided he was finished with the music industry and would go off and live in a cabin in isolation. Write a book and really do his own thing.

So Dylan having decided he was finished with the music industry took some time out. What followed after a month or so off, he began writing some of the most influential and meaningful ( to him ) work that would transform the industry. He had no investment in performing to conventions …

For hypnotherapy in Newcastle, Jesmond and Hexham, please get in touch with me either by email or telephone.

My next appointments are December 2015 and we can talk before then. Leave your name, number and a description of the issue you want to explore.