Posted on April 26, 2017 by nigel hetherington| Leave a comment

Trauma relief hypnotherapy Newcastle understands that suffering trauma and being traumatised is a horrendous experience. Primarily because trauma such as PTSD comes back again and again, forcing the victim to relive that experience as thought it is in the present moment.

Of course reliving trauma is just that. It is experienced in the present moment reliving a horrible event, usually in full technocolor with all the heightened emotions and feelings. And relief from a waking nightmare is possible. 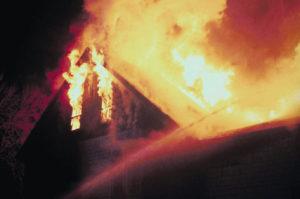 Conventionally trauma can be thought of as surviving a life threatening situation or a situation where lose of life is perceived. Typical examples are acts of terrorism, war, torture and kidnapping. But these extreme events are not what causes the trauma most people experience though it is trauma nonetheless.

Experts in the field such as Robert Scaer and Peter Levine have extended the causes of trauma to more common occurrences such as vehicular crash, surgical operations and dental treatment. This is blatantly obvious to anyone who has suffered and recognition of such causes are slowly being recognised by medical professionals.

Additional sadly even more common events such as losing benefits, stage fright in public speaking or ad hominem attacks by malicious people may also affect as exposure to a traumatic experience.

The reality is the meaning and perceptions of traumatic experience is unique to the person experiencing it. What could traumatise one person could have zero effect on another and vice versa. So expect a completely personalised approach from Trauma Relief Hypnotherapy Newcastle.

There is evidence that occurrences in childhood may predispose a person to be more susceptible to being traumatised via a specific event as well as potential genetic disposition thought predisposition does not necessitate it will happen.

You can think about trauma as ‘trapped energy’ that was not naturally dissipated after survival of a traumatic event. In fact the energy was somehow locked in and is metaphorically stuck.

Trauma and the Stress Response

When in a situation of perceived threat to life the body naturally is flooded with a cocktail of hormones and neuro-transmitters that nature has evolved to save our life. This is the well know flight/fight/freeze response.

During this process our episodic memory can be hijacked by the amygdalla ( a kind of unconscious memory to threat ) in order to process danger faster and ultimately provide life saving time and decision making that is not in conscious perception.

Scaer has ( I think quite correctly ) postulated that the freeze response, as in when we can’t really escape danger, has much to do with the encoding of trauma into a traumatic memory. Trauma Relief Hypnotherapy Newcastle could help you to be to make the changes towards a much happier life.

In animals after a freeze response has ended and they are not some predators lunch, they will shake and convulse and deep breath for a while before getting up and unscathed and untraumatised walk away non the worse for wear.

It seems somewhat different with humans having so much more neocortex and attempted rational thinking we don’t really do the ‘shake it off and walk away’. We have a tendency in retain and lock in all that energy into our bodies, our psyche and amygdalla and hence one model for the formation of trauma from a traumatic event.

“It’s not what happens to you, but how you respond to it that matters” Epictetus

But the trouble is that during high stress and perceived danger to life the responses are largely unconscious. A memory that is in actuality a resource, a blue print for survival. Though it won’t feel that way.

In writing this article I have been recollecting some of my own personal traumas. The first I remember was at the age of around four or five. I fell head first through a glass door. What at the time traumatised me most was not the actual fall or the cuts. It was the Doctors words “If he was just a little smaller the glass would have fell and decapitated him”.

This lead onto a second traumatic memory, one when I was around fifteen or sixteen. At school, along with the rest of a class was shown a film about the use of pigs in the US army. The pig was tied down and was blow-torched. Its skin was blistering. The ‘torturers’ stopped several times to give the pig water to drink before they continued blow-torching its skin. The pigs vocal cords had been cut so no screams would be heard. This was an experiment in burn survival.

In both these early traumas it was secondary and tertiary effects that caused trauma. It was not the fall but the doctors words. It was seeing the pig tortured on film. These were real traumas to me. Can you benefit from Trauma Relief Hypnotherapy Newcastle?

Scaer describes that actual events followed by seeing and event then reading or watching an event are all possible causes to induce trauma. So it makes perfect sense that there can be different levels of exposure to events that all have the potential to be traumatic and cause long term problems.

Once a trauma is ingrained even the smallest of internal or external cues can set the memory in motion in the present. A similar environment, a certain body posture and even thoughts of the event. The more a traumatic memory is re-experienced the more the neuronal connections relating to it are strengthened. This is basically unconscious habit formation.

And traumatic events produce strong memories due to the hormones and neuro-transmitters that are released during stress. Repeated remembrance is habit formation.

The very good news there is serious hope that your trauma can be alleviated. Since we are really describing an unconscious process that has at its heart ‘trapped neuro-physiological-psychological energy’ a highly feasible idea for releasing this trapped energy is hypnotherapy because hypnotherapy is focused on working with the unconscious mind-body.

Just reading about the proposed model of how traumas take root may be one additional step towards freeing yourself from the tyranny of traumatic memories. Imagine the kind of potential to release enormous amounts of energy previously expended in reliving trauma; what could you do with such released energy? How would your life and those closest to you benefit from such an improvement?

If you would like to discuss how I may be able to help you overcome and release your traumatic memory please either email me ( don’t use the comment box ) or call to arrange a free consultation.