Posted on July 25, 2013 by nigel hetherington| Leave a comment

A phobia is one in a class of recognised anxiety disorders. A phobic response is a fear response. Most often characterised as a highly disproportionate response to some stimulus that is neither dangerous of life threatening.

Hypnotherapy Newcastle can help suffers with the psychological aspects of their irrational or rational phobic responses. The response, a phobic one, is most always learned in our early formative years, a time when learning was way too easy and as such becomes a habit. 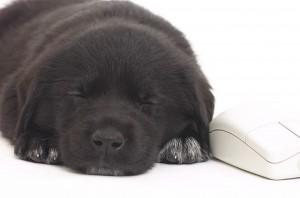 As far as is known, there are no inbuilt or hard wired phobias. The myth that people ( and monkeys ) are genetically or disposed to a fear of snakes is simply not true. What is true is there are biases towards a fear of snakes for humans and our primate cousins.

A lab monkey never exposed to a snake in many generations does not have an inbuilt fear of snakes, but, interestingly enough, show the lab monkey another monkey’s fear response to a snake and bingo, there is a massive transference.

Here in the UK, there are no deadly snakes or spiders. Sure there are Adder’s of which I have seen one some four years ago while running in Thrunton Woods on a very hot day. I ran right around that! So a phobia in the sense here is an irrational fear.

The last part of our brain to ‘come on line’ or to be fully myelinated is the frontal cortex. For most adults this happens in the early 20’s. This is the Universes gift to unlearning phobia and fears.

On a neurological level the Amygdala is highly metabolically active in the Limbic System and gives rise to feeling of fear, anxiety and you guessed it phobic responses. In some senses our savior is the Frontal Cortex that through effort and some de-conditioning of the amygdala response can blunt and remove what used to be a phobia.

Another extremely useful response in alleviating phobias is laughter and irrelevance. The more you laugh the less able you are to be phobic. This has some serious reference to your physiology, which is another aspect you can control.

I worked with a client who had a dog phobia. They had a fear of dogs and displayed some physical signs of allergy reaction when in the presence of a dog. Mainly around their eyes and a heavy, labored breathing. After successful resolution of that old response they requested to know ‘why’ is was that way.

During regression hypnosis we traced back the initial imprinting experience to a bus ride when they were six years old. A big dog jumped up at them while they were playing with the dog. Their father became massively anxious and worried that the dog had hurt them, picking them up and ‘raving’ at the dog owner. This seemingly transferred to my client.

Knowing the why’s and hows of a trauma or anxiety imprint are not required in changing behavioral responses. Knowing how this happened wouldn’t, I think, have helped my client become comfortable with dogs. Yet this is a great example of how early imprinting and environment can cause anxiety responses.

For a free consultation regarding your freedom from phobia, call hypnotherapy Newcastle and talk with me, Nigel on 0770 481 8467. Act now – if I am free we will talk otherwise please leave a message. Calls usually returned within 24 hours.