Posted on July 3, 2013 by nigel hetherington| Leave a comment 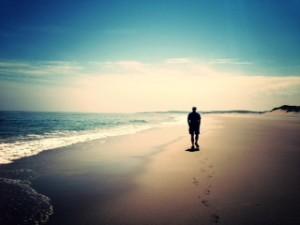 Many counselling or CBT approaches can focus way too much on problems. People seek professional hypnotherapy to alleviate problems and suffering so talking about the problem is both something a sufferer can already do well, likely massively contributing towards problems and failing to focus on solutions.

Often pointless questions like the dreaded ( with some kind of attempt at sincerity ) “and how does that make you feel?” serve mostly to reinforce helplessness, exacerbate emotional problems and put the people needing to make changes at the reactive end of being able to do damn near nothing about their own situation.

A great deal of people perceived problems are down to two factors. The first is the meaning that is made of the actual experience of the ‘problem’ and the second is some kind of justification or self-validation of just why it is that way.

Let’s take the Second Factor first. Justification of behaviours and attitudes. No matter what or who is ‘causing the problem’ the only person who can change behaviours, thinking patterns or ways of being is you! You can’t really change other people, sure you can influence this BUT changes in your problems need to begin with you.

Solutions can focus on three areas, with the individual and their ways of, thinking and acting. With the other people involved in problem situations if these are relevant and thirdly within the environment in which they occur.

If a person continues to justify or give reasons and explanations for their problems ( which is fair enough ) all they will do is continue to perpetuate a problem. This makes perfect sense because on a neurological level anything like a behaviour, thinking pattern or environment that stays the same creates the necessary conditions for our brains to stay the same. This is the same for really good and really bad habits. To change – something has to give.

The First Factor, not what happened on a sensory basis but the meaning we make of the experience. Here is a little quote that sums this up nicely from a Greek philosopher that died just under 2000 years ago. Epictetus, probable not exactly what he said though close enough. For the hard of thinking, this applies to all sexes.

“Men are disturbed not by things, but by the view which they take of them”

Let’s put this into a contextual example. Mr Joe X is complaining about his daughter that won’t listen to his advice, refused his good intentioned advice and wants to live her own life. This is a real bugger for Mr X. He knows best. A classic change of meaning – is that his daughter, having learned the value of havng their own opinion, not being wavered by others is indeed a complement in his fatherhood. He has a self directed daughter that won’t be directed from her purpose. Same stuff different meaning – capiche?

We are not really talking about Mr J.X we are talking about you. Much more important. What is happening on a non-psychodymamic but neurological basis, this is easy. We all learn coping behaviours sometimes, like now, they need to be updated, just like a Windows update. Sure this will almost surely bring in new problems ( hurray we are alive ) BUT they won’t be the same problems, Viz moving forward.

Hypnotherapy Newcastle with Nigel Hetherington is about playing to your strengths and utilising the very best in you in transformational ways. Change in the most best sense is transforming meanings and those all justifications for problems so that you can take responsibility for you and your behaviours in ways that help you move forward in control to live more of the life you really want.