Posted on February 27, 2013 by nigel hetherington| Leave a comment

Hypnotherapy can help you become free of phobic responses that can leave a person a shaking wreck, incapacitated and having a full on major stress response. A phobia is not a fear, a phobia is classified as an anxiety disorder. 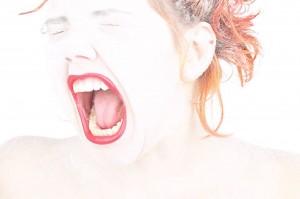 Nobody is born with phobic responses – they are learned. While there seems to be a body of evidence that suggest some inbuilt fears of snakes, spiders and heights there is no evidence that any of these makes us genuinely phobic of them.

Our amygdala’s will be massively activated and our memory of this situation or it’s moments will be being formed. Formed because should we survive this situation then it will make perfect sense that should a similar situation ever occur we have a memory template to save our skins again.

When we are responding to a gigantic life or death type stressor ( or the sense of extreme fear or terror ) the hippocampus becomes less affective at storing our memories and the role to some extent is mediated by the amygdala. It is the amygdala that plays a crucial role in a phobic response as part of the unconscious limbic system response.

Neil Slade talks about clicking or tickling the amygdala to pacify an over active amygdala to reduce anxiety, fear or any unwanted unconscious activation. This could be thought of a mindfulness activity. The accent is having an pretty much unconscious and unwanted nervous system response stop.

Hypnotherapy can be used to re-educate a particular,in this case phobic, response to a stimulus that most likely poses no danger at all. Nobody knows how hypnosis works quickly to remove a phobia. What is evidenced is that an unconscious process can be changed using hypnotherapy.

Many people describe a fear or an apprehension as a phobia. These are really very different things.  Being apprehensive is a little wary and courage can usually overcome fear. A phobic response will leave a person incapacitated, flooded with adrenaline, paralysed with fear or running away hell for leather.