Posted on October 24, 2012 by nigel hetherington| Leave a comment

Hypnotherapy in Newcastle upon Tyne for Self Sabotage problems. Self sabotage is the sense of almost achieving your goals, outcomes or dreams and again and again you do something that ruins or seriously jeopardises all your hard work and effort. Utilise hypnosis in Newcastle to redress your inner saboteur.

Developmental psychologists like Piaget, Gilligan, Gardner and Keegan have proposed stages of personal evolution and development for individuals.  Long term studies have validated their models and as such can by understood as a kind of generic road map for the normal development of each of us. 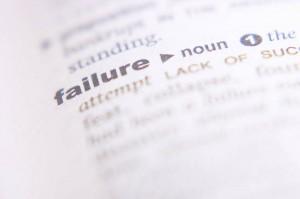 As we grow and evolve from small children into adults we all learn a great variety of way to cope in the world. These coping mechanisms take the forms of behaviours, ways of thinking and emotional response. Very often our environment shapes the coping behaviours we learn.

All of the learned behaviours and emotional responses we learn as children and adults are essentially fit for purpose. As children we learn ‘a cry’ behaviour can get us many different responses such as attention, being fed or changed. Emotional explosions as temper tantrums can get us attention, detained or even what we want.

As we grow in age our limbic system, the control centre for our emotional cocktail of urges and impulses is tamed and socialised by our higher order brain parts, our neo-cortex. The orbital frontal cortex, as we age, is responsible for checking the consequences of our actions and mediating our impulses. Our pre-frontal cortex is involved in executive functions like behavioural appropriateness and adaption. This area of the brain is strongly influenced by emotion.

Our higher brain regions are not generally fully myelinated until mid twenties. Before this time our brains are not working as efficiently as they can. Myelin is a fatty deposit on our neurons that helps the neurons in the brain and peripheral nervous system fire faster.

Usually as we continue on, growing up and evolving we become more socialised and learn additional behaviours and emotional displays that continue to work well for us. Self sabotaging behaviours on the other hand tend to have been a part of a persons way of being for a long time. A coping behaviour that has never yet had the proper conditions to evolve and grow.

Imagine if as a child you had had to learn to be quiet when a parent was angry because if you spoke up or made a noise something not nice happened. If that learned response never had the change to be updated you may have real trouble expressing your emotions when for example a spouse, friend or a employer makes emotionally charge unreasonable requests or loses their temper with you.

When emotions fly and stress is high it becomes more difficult to use your rational brain to mediate your responses and behaviours. In these situations the old coping mechanisms can and often do come back in full force. In a really stressful, high intensity hyper charged emotional situation the saboteur within can come out and make a special appearance.  This is usually an over the top, undesired behaviour.

The OTT response of the inner saboteur can be triggered in a variety of  ways, different and unique to each person. This inner spoiler usually manifests in one or more of these ways :

Your Inner Saboteur Is Your Ally

We have all registered with the term self-sabotage when some part of us, a behaviour or emotional bomb scuppers our best laid out plans. It goes against rational explanation and is counter intuitive but what if that inner saboteur was actually trying to help?

It’s the very beginning of the 19th century. In Europe the Industrial Revolution was well in swing. People are losing their jobs to machines that are labour saving but costly, very costly to the common worker.

In 1801 the Jacquard loom is one such machine that is beginning to take people’s jobs from them. As a way of rebellion, textile workers threw their wooden shoes called sabots into the machine loom and broke the guts and moving parts of the machine.

This destruction of machines by the wooden shoes or sabots became known as sabotage. This was indeed a purposeful act to attempt to accomplish the safeguarding of jobs and peoples livelihoods.

What Is The Inner Saboteur Really Trying To Do?

It is quite likely that the particular behaviour was learned a long time ago in the past and at that time the behaviour was adaptive and was both positively intentioned and productive. Now the behaviour causes emotional and psychological pain.

As an example, take the positive intention of a drug addiction. It may have been initially to experience pleasure and fit in with friends. Now the behaviour no longer serves the intention but the intention is still the same.

As another example, take eating a certain kind of sugary carb food. The initial intention may have been to feel better after sickness or mild depression. Now often eating the same kind of food leads to increased weight and lack of self-esteem. The intention is still the same but the behaviour doesn’t work in favour any more.

Self sabotaging behaviours are like being stuck in a rut. You get so far in the right direction but then you end sliding back. Its like a vicious cycle. And a good way out of the rut is to do something really quite  special and counter intuitive.

In a Newcastle hypnotherapy consultation you will discover the intention is positive and thank the part for all of its good intentions. Forgiveness, forgiveness of the self and taking responsibility, not blaming others, is a particularly affective way to dissolve the prison of past conditioning.

Sabotage can indeed be perceived as a disruptive or destructive behaviour yet the purpose or intention of that behaviour is very well intentioned. Here we make a distinction between a person and their behaviour, a behaviour and the driving intention behind behaviour.

The intention that your inner saboteur is carrying out is fundamentally honest and good. The resulting behaviour is of course not appropriate to you today.

Hypnotherapy in the North East and Newcastle upon Tyne. For professional help in transforming your inner saboteur into an inner resource and source of strength using Newcastle Hypnotherapy contact  : Nigel Hetherington : 0770 481 8467