Posted on May 7, 2012 by nigel hetherington| Leave a comment

Newcastle Hypnotherapy to help you beat addiction because at one time in your life you weren’t addicted. You learned addiction. Hypnotherapy in Newcastle can help you unlearn the old habits you desperately need to change.

Addictive behaviours can be understood as the regular use of drugs like, alcohol, cannabis, cocaine, heroin, tobacco and chocolate. They can also be behavioural such as gambling, sex, pornography or running up huge credit card bills. Hypnotherapy Newcastle with Nigel Hetherington can help you change.

You know that true addictions are really hard to overcome. This is because an addiction has become an deeply ingrained habit that is both controlled and rewarded through powerful chemicals in our body and brain.

It’s not all bad news, the very neuro-plasticity that formed these ‘brain-maps’ of problematic behaviour can help addicts unlearn them and equally as important learn and adopt new more beneficial behaviours. It is possible for you to discover a new path and lead a much more rewarding and fulfilling life. 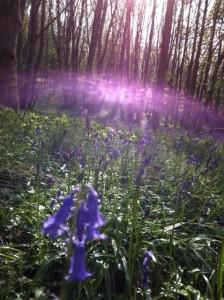 Why is it so very difficult to stop Addictive Behaviours?

All addictive behaviours are know to involve a part of the brain called the nucleus accumbens located in the basal ganglia in the telencephalon; all parts of the forebrain.

The nucleus accumbens is a neuron cluster on a primary dopamine pathway. Dopamine is a neurotransmitter and in addictions is massively responsible for the very active and attentive seeking, finding and DOING of an addictive behaviour. Think of dopamine as the ‘I WANT IT’ part of the problem behaviour. Dopamine can be thought of as motivating you to do it.

Following on from the addictive activity our brains then release serotonin which gives us that feeling of satisfaction or satiatedness. Think of serotonin as the ‘REWARD’ part of the problem which is the pleasure you feel when you have done the addictive behaviour or drug. Of course with drugs there are other chemical involved too but thinking in terms of  motivation / desire and reward / pleasure we can say it is a dopamine and serotonin combo.

The dopamine and serotonin combo is a perfectly normal cycle for example in keeping us alive and well. Looking for food, watching a sunrise, eating a meal with our friends and loved ones will have the combo activated in a normally functioning human body.

By regularly using drugs, stimulants or suppressants our brain cells actually change shape, function differently and down regulate the affects of drugs and addictive behaviours so that using them again requires more and more. In short our brains although they can respond to drugs and addictive behaviours in initially incredibly pleasurable ways, really don’t like working in those ways.

Because addictive behaviours are driven and rewarded from our internal chemistry. Even when we logically know they are not good for us we still do them. They are pleasurable in the short term and can be regarded as both coping mechanisms that help us deal with undesirable emotions and because they are deeply ingrained habits.

How can Newcastle Hypnosis help me beat my addiction?

Addictions will seem to be firstly physiological or psychological. There appears to be really no difference as to how this is experienced in the brain. The second is addictions at least initially were used to feel a certain way. For example alcohol or ecstasy will be used to feel good or socially confident or even to remove shyness. Heavy use of these drugs often has the opposite effect although initially users will still feel good. And that kind of appetite for the effect is often at the expense of feeling very different after the drug wears off.

As someone who really wants or needs to change addictive habits or behaviours you do require a commitment to the process. For example, being a cocaine addict for 15 years and hoping you will miraculously be cured in one session is probably pretty unrealistic. Sometimes really long term addictions are helped in one session but this is unusual. After our first session you are expected to do any assigned tasks and provide honest feedback to me at our agreed time. We plan any required follow up sessions based on our work and interaction together.

Newcastle hypnotherapy with Nigel Hetherington to help you become free of problematic addictions and addictive behaviours that you want to and need to change.